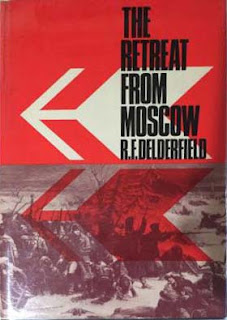 I do enjoy Delderfield's Napoleonic history books. It's a shame there aren't more of them, really.

I finished this one a few days ago. Having read a fair bit on this campaign, I'd say that this isn't the greatest work on the subject. Some of the original protagonists memoirs, whilst very incomplete in their coverage, are superb. And Paul Britten Austen's 'word film' trilogy on the campaign is a masterpiece.

Indeed, a lot of fresh information has augmented our understanding of this campaign since Delderfield shuffled off this mortal coil. Huge amounts or archaeological evidence has literally been unearthed (see above pic), and the role of disease in the dissolution of the grand Armée, for example, is now much better understood. [1]

Nevertheless, this is, as usual with Delderfield, an immensely easy and satisfying read. He draws heavily on numerous sources, particularly the memoirs of Bourgogne and Marbot, with a smattering of others, some familiar, some less so. He's wonderfully old fashioned and individualist about his sources, which is a refreshing change from the ultra-competitive hyper-academic nature of so much written these days. 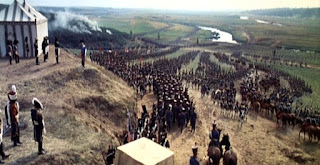 The title is bit misleading, inasmuch as this is the story of the whole campaign, not just the retreat. It is, as books on the subject go, a brief and light treatment, of what was a massive and complex campaign. So he concentrates on the central body of the invasion, with only peripheral space given to the flanking forces, and other details not concerning the main invasion force.

It's not a book packed with revelations, rather it's the telling of a story that fascinates, written by a man fascinated with the story. And a man with a gift for easy yet compelling prose. As such, it'd be a great introduction to the subject. 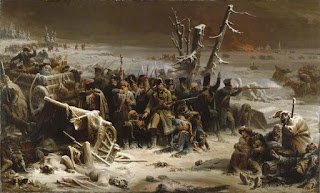 Delderfield has his heroes, such as Ney, with the rearguard... 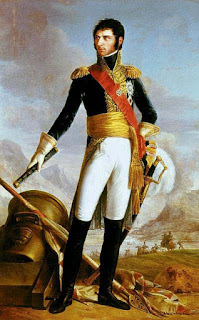 and his villains, such as Bernadotte, turncoat and rival...

He does challenge some popular views, particularly in justifying Napoloen's actions at certain points (e.g. deciding to go to Moscow, instead of overwintering in Smolensk, and leaving the Grand Armée to return to Paris), but he also extols some familiar stories, being particularly taken with the bravery of Ney, the loyalty of Eugéne, and disparaging of the treachery of Bernadotte and the failings of Murat. 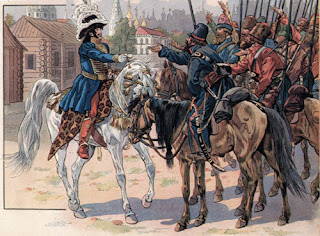 and even clowns... Murat flirts with his Cossack admirers. 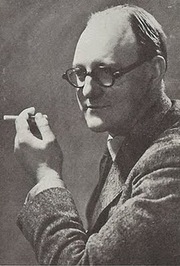 One of the homes where Delderfield resided for a period in his life, in Croydon, has been honoured with one of those blue plaques. It's a very ordinary suburban terrace! I don't know why, but I find that very pleasing.

[1] Stephen Talty's fascinating Illustrious Dead is well worth reading for more on this topic.

[2] This stunning still is from Bondarchuk's epic Russian production of War & Peace.
Posted by Seb Palmer at 00:21