After what feels like aeons away from both mini-military hobbies and blogging, I finally managed, last night, to do what my pal Marcus refers to as 'a bit of gluing'. 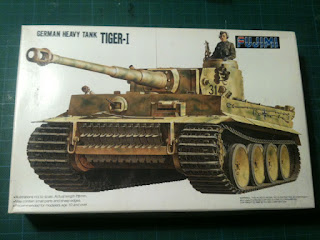 I picked a Fujimi 1/76 Tiger from one of my several piles of kits. 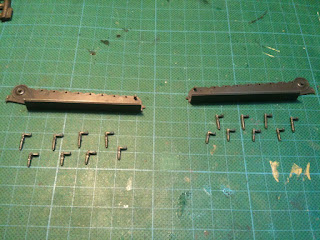 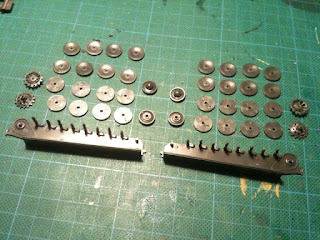 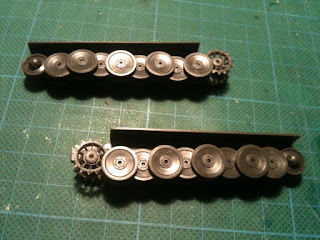 I'm typing this in the wee small hours, as tired as ever, and now with just one day separating me from my forty-fifth birthday. So, I'll keep things super-basic, and just note that it's great to start gluing again. 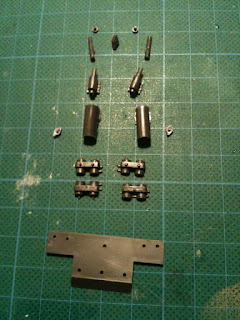 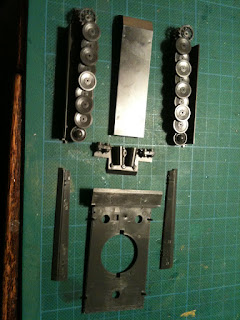 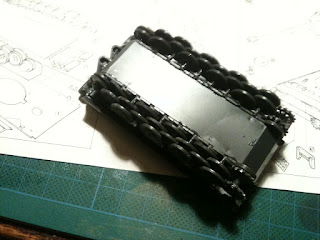 Sadly, my Fujimi Tiger, unlike Leon, is far from perfectly built. Partly due to my own cack-handedness, and perhaps also partly due to some less than perfect design on the part of Fujimi. As the pics below (hopefully) show, my attempt to make the rear part of the running-gear conform to the illustrations in't instructions left the wheels all cock-eyed, so to speak. 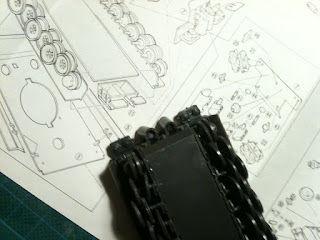 So, on  the eve of turning 45, I've spent much of the day clearing rubbish from our wasteland of a garden, and searching for misplaced documents. Ah me, the joys of adult life! So, I've administered some beer, and got back to work on the Tiger I. 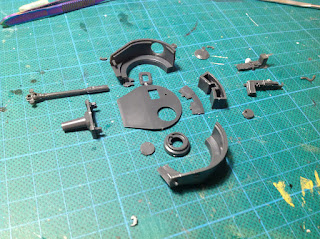 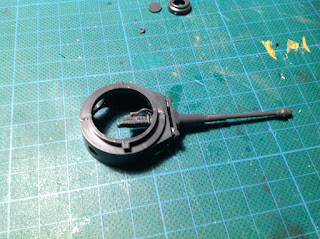 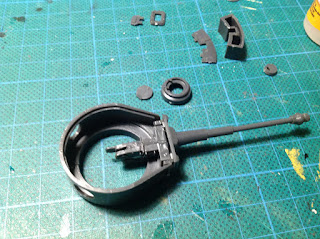 In terms of gluing, the kit is pretty much finished. One of a number of oddities with this presumably quite old kit is the absence of any description of the tank, such as many kits contain, or the necessary parts to connect the exhausts to the air filters, which the instructions vaguely insinuate are to be made DIY style, from some string, or somesuch... 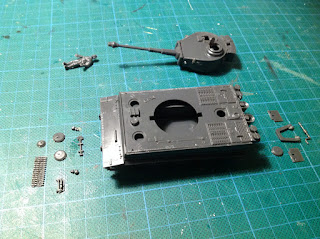 And so the Fujimi Tiger I joins my ever growing divisions of panzers et al awaiting a proper paint job. It was fun to build, being relatively easy/straightforward. I've left a few bits out, including a rather clunky engine that wouldn't be visible anyway.

From the rather clumsily sculpted commander figure (but he does at least fit into the turret opening/cupola), to the tiny tow cables that are integral to the side mouldings, this isn't the best or most detailed model. It also lacks a fair bit in the clarity of the instructions, or indications for where certain parts ought to be located. 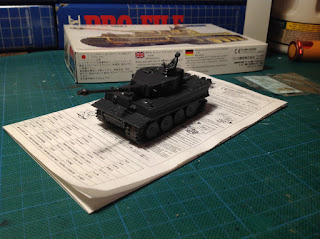 The hideous rubber band tracks do at least actually glue with the normal poly-cement. The dark grey styrene is, I feel, tiring on the eyes. Especially, perhaps, my ageing optics. It's probably my least favourite of the four or so Tiger I's I've built. And, being 1/76, as opposed to 1/72, a junior partner both quality and scale wise.

[1] I'd also enjoyed Leon's all too brief moments onscreen in The Spy Who Loved Me, only a few days before. I'm tempted to say her part wasn't big enough in that film. Of course her p-p-p-parts were p-p-p-p-plenty big enough, as Arkwright would've noted, they just weren't onscreen often/long enough.

Leon in The Spy Who Loved Me.

Anyone know which film this is?

Email ThisBlogThis!Share to TwitterShare to FacebookShare to Pinterest
Labels: 1/76, Blood from the Mummy's Tomb, Fujimi, German armour, The Spy Who Loved Me, Tiger I, Valerie Leon, WWII