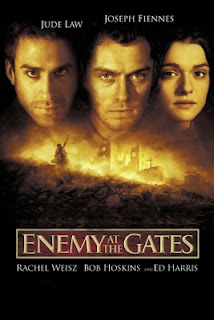 The first time I watched this I quite enjoyed it. The second time, I couldn't even finish it. It irritated the feck out of me! My major issue with it is the Hollywood himbos/bimbos casting: Jude Law, Joe Fiennes and Rachel Weisz are all just too g'damn pretty for Russian proles. And the whole thing winds up being, despite the dirtiness and blitzed settings, too clean and soft.
The production is pretty impressive, and I love war movies set on the Ostfront, just for their subject alone. They have to annoy me quite badly, as this has wound up doing, to put me off multiple viewings. Ed Harris is better and more believable as ruggedly Aryan German sniper, Major König. And there are several cameos from actors I sometimes dig, like Ron Perlman and Bob Hoskins. But neither shines here. 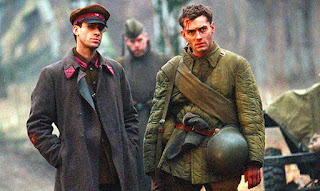 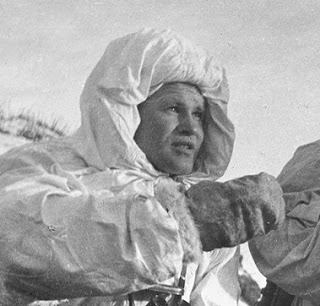 The real Vasili Zaitsev.
I think what's worst about this film is the foisting onto it of the whole romantic schtick, with the love triangle 'twixt peasant sharpshooter Vasily Zaytsev (Law), bespectacled intellectual Commisar Danilov (Fiennes) and Tania Chernova* (Weisz). It kind of spoils a film that perhaps should've concentrated on the military side of things, as Shaving Ryan's Privates did. It's a real pity, as there are a number of great scenes/set-pieces. On that topic, this link is interesting, as it shows a few images pertinent to the production side.
* I like it better that way... (titter)
The basic setting of this movie, amidst the ruins of the siege of Stalingrad, and how we meet Law's Zaytsev character (based, albeit very loosely, on a real Red Army sniper), and the duelling snipers element, are all good. But the movie fails to deliver on its grittier promises, descending into a schmaltzy romance, and seriously turning me off. Don't get me wrong; I find Weisz attractive, just not in this context.
I'll probably give it another try some time. But the last viewing put me of so strongly I don't see it being any time soon. Very disappointing. 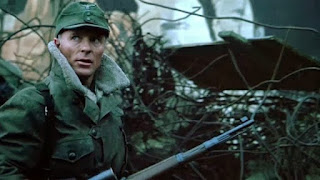 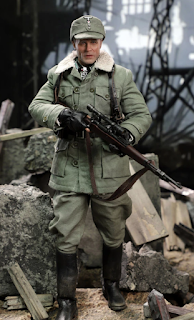 Amazingly Harris like 1/6 action 'doll' of Major König!
Posted by Seb Palmer at 23:55