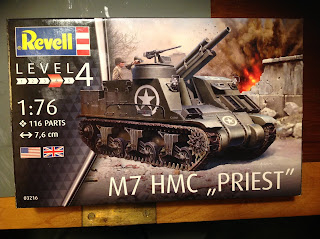 I actually started this kit before I began the second one, which I converted into the T32 prototype. But I got majorly sidetracked by the latter! So, this evening, having finished the build of the T32 type, I went back to the standard out of the box build, and finished constructing that. 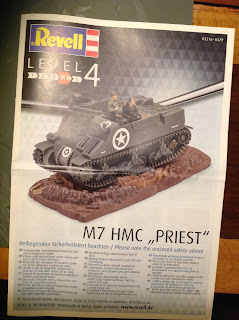 This gives me an opportunity to review the Revell kit in a slightly more standard manner. The first thing is that it's 1/76. I prefer 1/72 simply because that's what the vast bulk of my mini-materiél is. Still, at least 1/76 is close enough one can mix them together with little cause for concern. 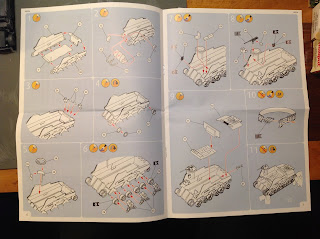 Another thing to remark upon is the quite swanky colour booklet of instructions. This seems a bit odd and overdone given that the kit itself feels quite vintage. Nevertheless, it's a nice touch. I suspect the kit is an old one. Poss' a rebadged kit from a line that was formerly part of the Matchbox catalogue, or some other similar series? I do remember Matchbox kits, and poss some Esci as well, having little diorama type bases, such as this comes with. 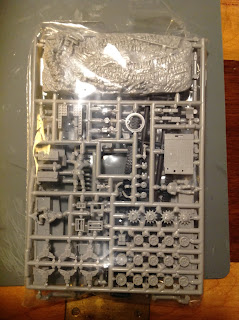 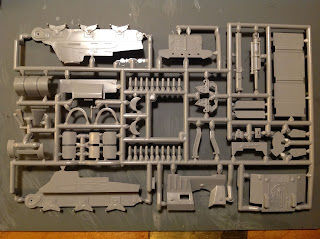 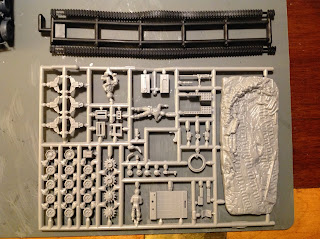 Here are all the sprues, together with rubber-band tracks and decals. I won't be using the diorama base, or the figures, which aren't all that good. The ammo for this vehicle is something that, being too small (short, length-wise), along with the figures, detracts from the quality of this kit, as are the moulded on low-relief tools and other parts, such as the frame for a tarpaulin. 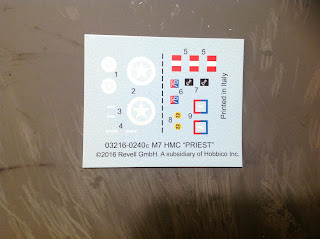 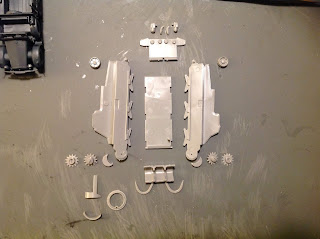 Assembly begins. I like to gather the parts for several steps, clean them up, and go to it. The result is a slightly quicker build (unless you get waylaid by conversion fever!). With the lower hull assembled, I prep the upper hull, etc. 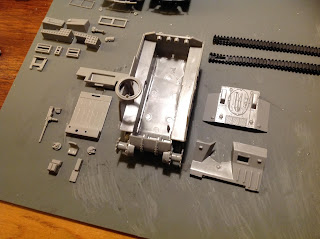 And that's how I then left this model, whilst working on its elder cousin. Then as pictured below, I gathered all the remaining parts, and set to it with a will. This allowed me to jump from part-built to finished, construction wise, in one fairly short sesh. 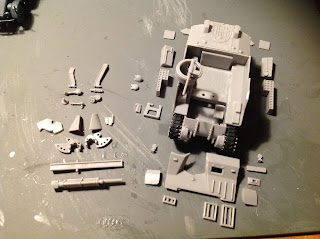 And to finish this post, for the time being at least, here's a comparison of the two vehicles. In olive drab, the T32 prototype. And in grey styrene, the 'standard' M7 Priest, with machine-gun pulpit, and angled front glacis plate meeting the sides at (kind of) right angles. 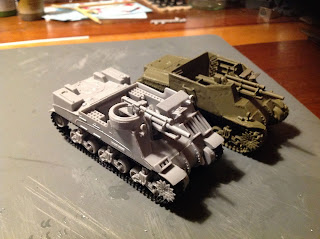 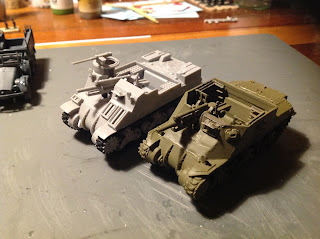