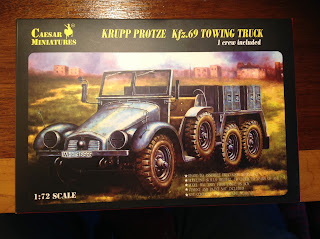 I seem to be doing some things in threes: three Elefant, and now three Krupp Protze. This, the third of the latter, is a Caesar kit. I've bought their figures before. But this is the first kit I've bought/built from this company. 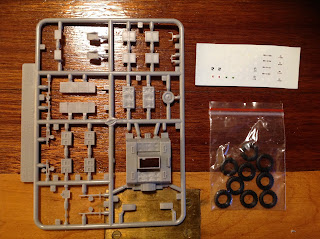 Unusual but quite nice to see black rubber tires. 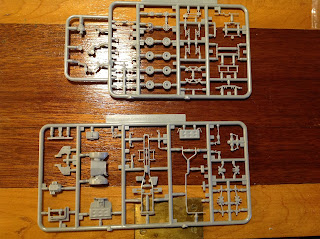 It was only after I'd detached the parts for steps one to three - I tend to gather the parts for several steps, clean them up, and then blitz a few stages in one pass - that I noticed some had what looks like heat damage (i.e. melting) fresh out of the bag/box. The box itself is still pristine, and the contents were in an undamaged sealed bag. So obviously this damage has occurred at the factory, at some point.


The single most obviously affected part is the piece shown below, where molten styrene disfigures the front right bumper and the right section of the engine hood. But I subsequently noticed, as shown in the next picture, that this issue also affected several much finer parts; two of the levers from inside the cabin are damaged, as was the steering wheel column. One piece, part 50, is missing altogether. Given this kit was bought brand new, factory sealed, etc, I do wonder if I ought to make a complaint? 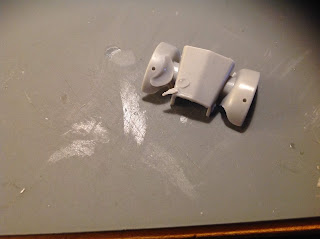 Note the molten styrene on this part of the model. 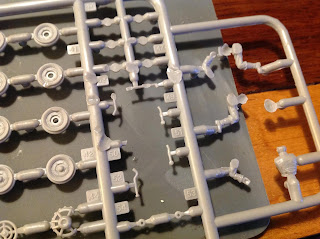 Fortunately I was able to fabricate replacement levers etc. from stretched sprue. And the damage to the fenders/hood, once cleaned up, might pass muster as dents received in the field. Still, there's the principle of it: a new model should be pristine! Will have a think about what to do re registering a complaint. 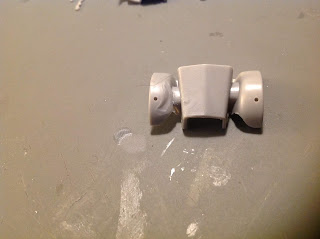 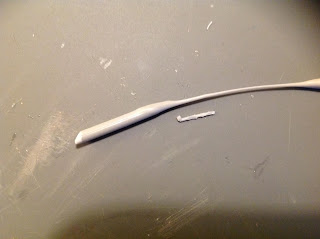 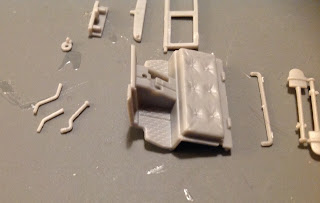 Only the rightmost of the three levers is the original part. 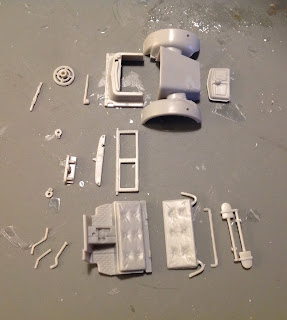 Parts laid out ready for assembly.


I'd say the majority of 1/72 kits I build start with chassis/running gear. This one starts with the cab. Detail-wise it's on a par with the ICM model I recently built, only here the parts - at least the undamaged parts - are more robust. The ICM was rather too delicate in places. This is chunkier, albeit nowhere near as chunky as the First to Fight kit , but still nicely detailed 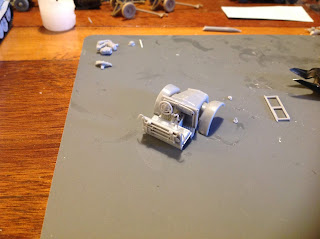 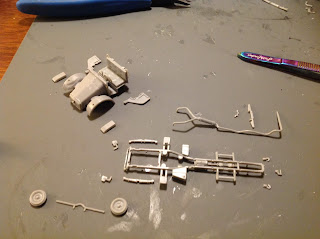 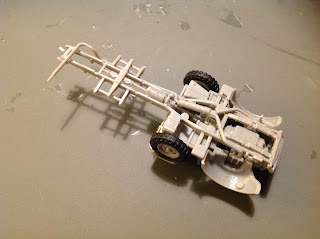 This all went together very nicely.


Today's modelling was done fitfully, around and in between watching a snooker match on the telly. At end of play Judd Trump was the champ, and £100,000 richer, and the accompanying pics show how the model looked, the spare wheels in their rubber tire glory in place. Aside from the damage to the parts, this is a really quite decent kit, of an interesting vehcle. I can't wait to continue and finish the build. Tomorrow... hopefully!? 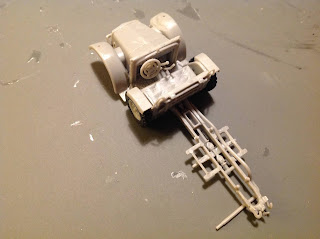 The exhaust pipe kept its integrity, unlike the ICM kit. 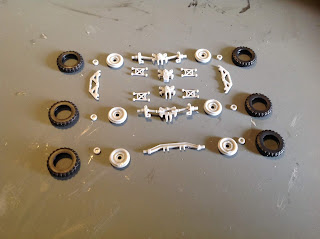 Wheels and suspension laid out.

It's now tomorrow, and I'm pressing on. Now it's the turn of the running gear. This is lovely, going together better than the ICM, and b big way more detailed than the single-block First To Fight part. I'm not sure when I ought to out the tires on. Part of me says at the very end. I.e. keep 'em off whilst painting the truck. Paint and weather 'em separately, and then finally add them. Hmmm!? 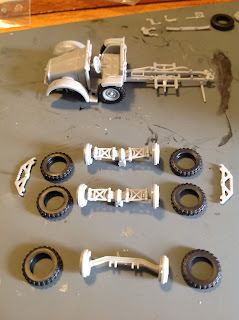 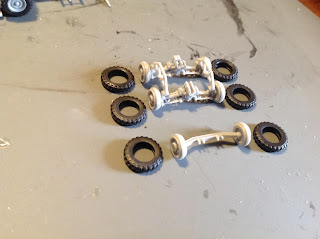 Then it's the turn or the rear bodywork, which is all rather boxy. I have to stop, and go do some teaching, alas. So the model is on hold again, till this evening. But it's nearing completion, assembly wise. 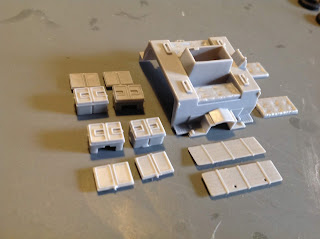 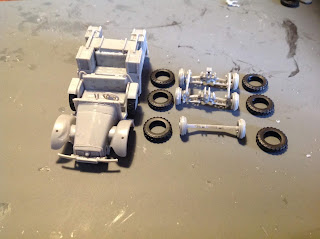 I think it's actually my favourite of the three Krupp Protze models I've recently built, and that's in spite of the molten-atyrene issue. It has the detail of the ICM model, without being so fragile, and it goes together, by and large, with the same chunky simplicity as the First to Fight kit. 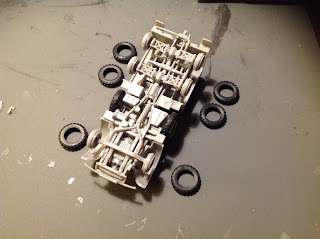 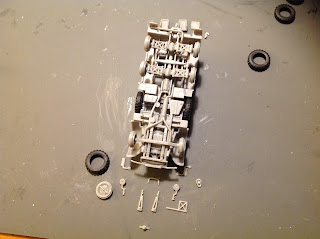 Getting ready for the final assembly. 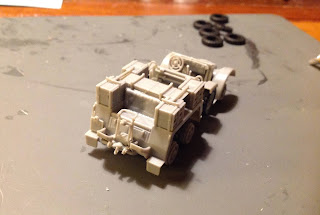 The spare wheel frame, etc, at rear is great. 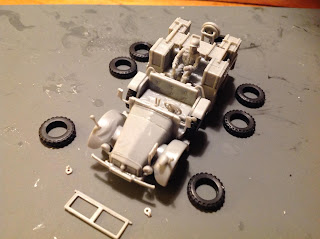 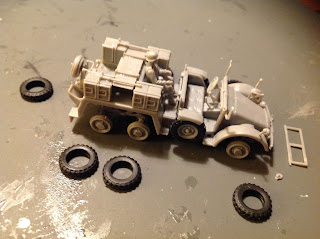 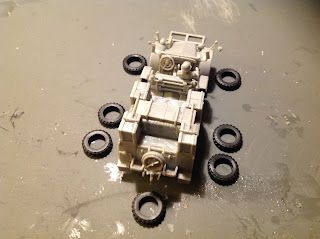 Got back on the case when I got back from teaching. This is a great kit (aside from the damage), and I've really enjoyed building it. I think I'll look at painting up the three Krupp Protze soon, and getting decals on.