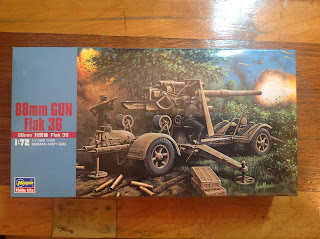 I quite like building the same thing by different manufacturers. It's nice to have several of any given thing, so one has a unit, for future gaming. In this instance this is my third 88mm Flak gun. One of the others is an Airfix 1/76 version, the other 1/72, by Zvezda. This Hasegawa is the later Flak 36, and comes with crew, ammo and boxes, and the two trailers. 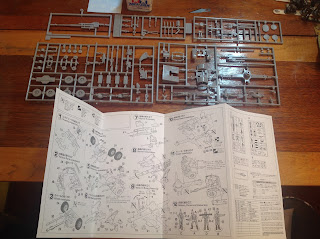 I knew I didn't want to build the crew. For one thing the figures ain't great. And for another, I wanted the crew to be bigger (more figures, not taller or fatter!), better posed/sculpted, and probably dressed differently. I've seen so many pictures of 88mm crews, and very often, due no doubt to the intensity of the physical work, and perhaps the location/climatic conditions, they'll be dressed more casually. 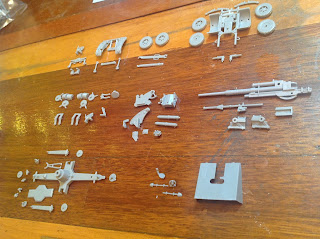 I laid all the parts out, per the steps in the instructions, ready for clean up. 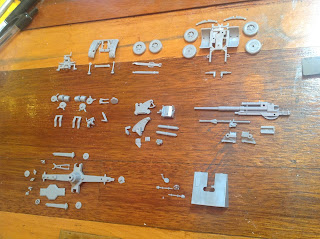 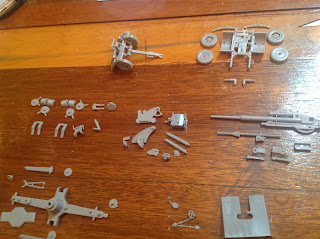 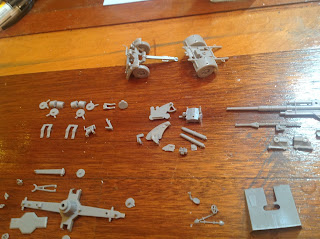 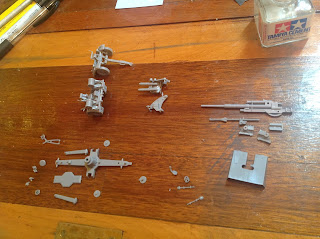 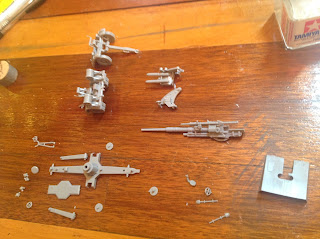 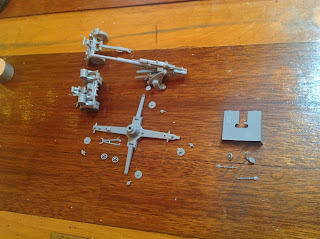 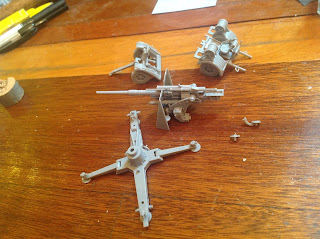 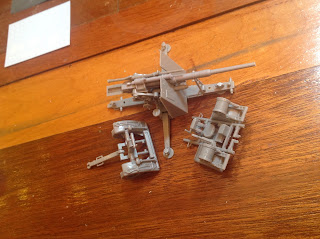 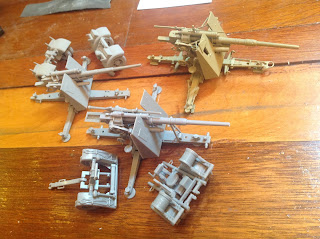 
So, the model is made. It's better than the Airfix kit, by a long margin (and bigger). But it's not quite as finely detailed as the Zvezda. Actually this might be better, for wargaming purposes. Too fine detail - as many kits for 'pure' model-makers are these days - and the resulting piece is too fragile. At this point I'm not sure how to paint it. But I'm intending to paint it ASAP, and get the decals on. I need to change my long established m.o. of building and then abandoning kits unfinished/unpainted!