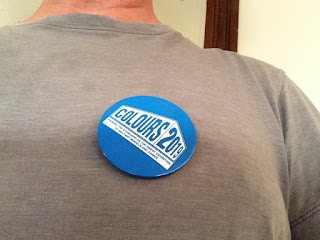 Imagine my gleeful surprise, whilst away on a short holiday with the mrs, on discovering that Colours 2019 was on the very weekend we were staying near Newbury! Well, actually, I'm stretching it a bit. We were staying in Burghclere, in order to visit the Sandham Memorial Chapel, and look at the Stanley Spencer paintings there, on wednesday and thursday. By the time Colours came around, we'd be staying in Aylesbury, and visiting Waddesdon, NT property and former home of the Rothchilds. But, as we were visiting the latter on the friday, I figured we were close enough to justify a return to Newbury on the saturday.

And lo, it came to pass. 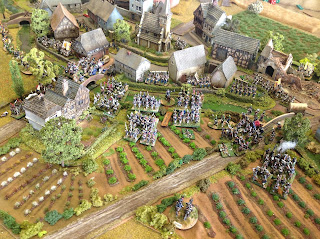 French and Austrians clash at Wagram. 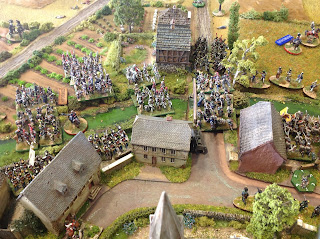 It's congested in town...


I'm beginning to wonder about me and wargaming shows. I find them exhausting. And most of what they contain is of little or no interest to me. And also, the types of folk that constitute the wargaming community are, to a fairly large extent, a rather odd bunch, and feel a little alien to me. But despite this, I feel compelled to attend these shows. Or at least a few of them. 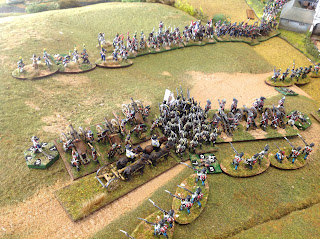 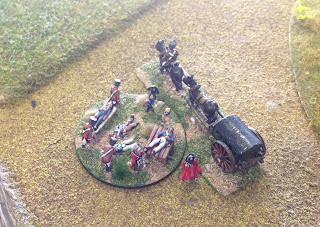 A French ambulance on the field of battle. A great touch.

On this occasion there was only one game I felt drawn to enough to want to document it, and that was a 15mm battle of Wagram. There were other games that had clearly been labours of love, with some impressive terrain and figures (I really ought to have photographed the 6mm Franco-Prussian game). But I just wasn't seduced by them on this occasion.

One noteworthy thing was that the event was staged on three levels. I think the last Colours I went to was in an entirely different building, and all on the ground floor. The spaces it occupied today were bright, airy, and not as crowded as either Partizan or Salute get.  I still had my 'dizzy spell', where I feel like I'm about to feint or pass out. I seem to get this at all the shows! I used to get the same thing when I went round art galleries as an art student. I'm not sure if this is physical or psychological, or what!? 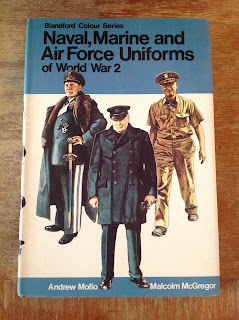 I had hoped to buy a couple of books from Paul Meekins, but I left it too late to make my desires known. By the time I emailed, the van had already departed for the show. And they hadn't just so happened to pack the two titles I was interested in, as sometimes fortuitously happens. The only book I bought Naval, Marine and Air Firce Uniforms of WWII, by Mollo and McGregor, a Blandford title that's a companion to a similar title focussed on the land based forces of WWII, I got from Anita Books. 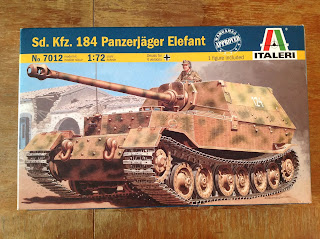 Figure and model wise my swag bag was also very minimal: an Italeri 1/72 Elefant, some decals for WWII German stuff (Decal Details), a couple of 10mm baggage wagons (Lancer Miniatures) for my Russia 1812 Napoleonics, and some circular MDF bases, for 15mm Napoleonic commanders. 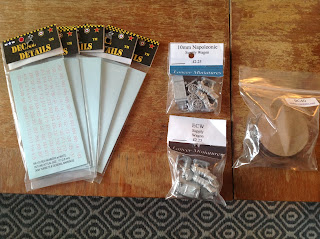 I kind of enjoyed the show, in much the same way I've kind of enjoyed all the shows I've been to in the last few years. I think what this is all pointing to, for me, is that I need to get down to really finishing my armies, building some terrain, and fighting some battles at home!