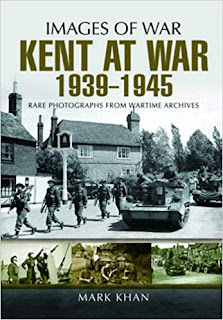 According to the back-cover blurb, the photos in this particular Images of War title were rescued from a rubbish tip! Apparently 4,000 images were rescued, and have been digitised, from which 150 were selected for inclusion here. [1]

General Sir Brian Horrocks is quoted as follows: 'Invasion or not, it [Kent/South-East England] was certainly the most exciting part of England at that time. We had a grandstand view not only of the Battle of Britain, with its dog-fights over our heads, but also of the nightly naval war that went on in the Channel.' 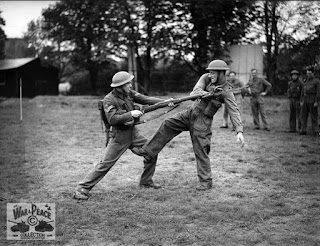 Chapter titles give you the basic shape of the book and its content: The Early Years, The Kent Home Guard, Life During Wartime, Soldiers in Kent, Military Vehicles (etc), VIP Visitors, The War at Sea, Women at War, D-Day, The End of the War. Within each chapter Khan provides a brief outline of appropriate information, and then the photos and their captions illustrate the themes further.

I thoroughly enjoyed reading this book and perusing the photographs, and would highly recommend it. Indeed, it makes me want to find out more about my own relatives who were or might have been involved. For example, my Canadian grandfather, Albert 'Bert' Palmer, who lived and worked in Kent during some of this period. 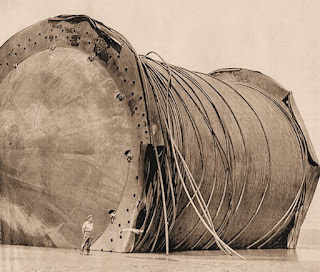 
The range and selection of pictures is excellent, making for a fascinating account of life in this, the garden county of England, and also home to Hell's Corner, being as it was on the flightpath of the German bombing runs into England/London. Highly recommended.

[1] The entire collection can be viewed for free online, here.

[2] This pic is from the web archive, not the book. But similar pictures can be found in the book.

[3] PLUTO, or the Pipe Line Under The Ocean was for sending fuel across the channel, under the sea, to supply the D-Day invasion forces with as little disruption to the ordinary sea and land traffic as possible. 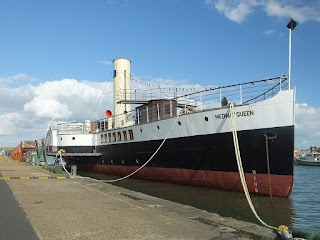 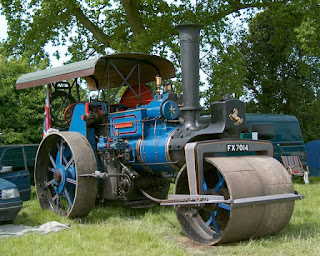 This steam powered roller crushed pots and pans in the salvage drives of WWII.