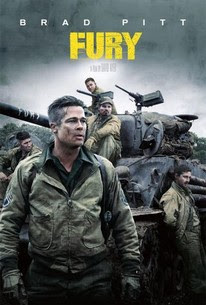 I just finished watching this. For the - I think? - fourth time. Each time I watch it, I like it a bit more. The first time I watched it, I just thought the 'macho pose' factor, and the final scene - gunfight on the Sherman corral - were just too much. More on this particular episode later. 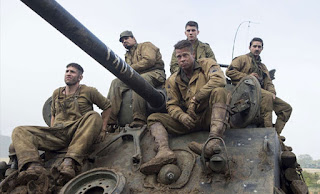 However, with each new viewing I think it's a better film. The ending is a bit, er... no, make that very OTT. But I've gone from finding it merely ridiculous, to enjoying it for what it is, cinematic overstatement. And the characterisation? Well, the macho factor is hard to acclimatise to, and the Hollywood tradition of using 'good ol' Southern boy' accents as a shorthand for gritty authenticity, still irks me. Just less so. [1]

What makes the film better with each viewing are, for one thing, the abundance of little details. It's taken a long time. But these days it's much more usual for WWII movies to depict not just weapons and equipment more accurately, but also combat environments generally, and all the stuff that goes with them; bombed-out towns, refugees caught in the crossfire, behind the lines scenes, etc. 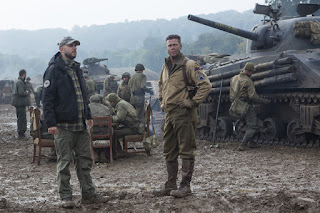 Director Ayers and Pitt, in a muddy camp scene.

And despite the über machismo caveat, the cast in this film are actually pretty good, giving good performances. Watching the extras on the DVD one realises that meeting real WWII veterans, and going to movie 'bootcamp', with genuine military guys on hand to train them, all had salutary and useful effects on the actors. And I think these things help make Fury better than it might, at first glance, appear to be. 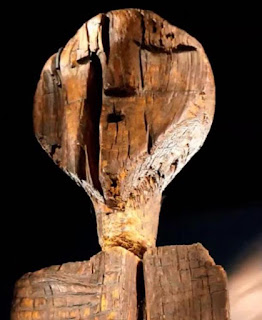 Initially I thought some of the actors rather wooden.

On first veiwing I thought it was a pretty dumb film, frankly. Populated by wooden caricatures. But there's a degree of sad truth in the way men gravitate towards defined roles under duress. So the characterisation might not be as two-dimensional as I originally thought. Certainly the mixture of brutality and camaraderie, or the good and bad sides of humanity, as brought out by warfare, aren't easy or comfortable viewing. But in that respect, this film depicts war honestly and authentically.

Two major themes that resonate most compellingly within the film are: the struggle between the degrading animalistic violence of war, and our more civilised compassionate side; and the family like bonds that develop under such extremes of duress. Don 'Wardaddy' Collier is, both literally and metaphorically, the father figure in the tank (and the tank is the family home!). He dishes out tough love, but he earns the respect and loyalty of his crew. 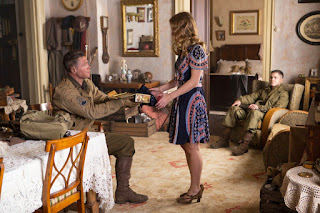 'Wardaddy' in one of his several father figure roles, helping 'Machine' pop his cherry.

In his role as father figure, 'Wardaddy' helps Norman 'Machine' Ellison both gain experience and lose his innocence, in two notable and significant ways: scoring with a pretty German girl, and killing a German POW. Both scenes are really quite troubling, in their own different ways. Some have said they find the interlude with the female German civilians improbable. Well, I dunno... my reading of war diaries (and histories), from conflicts in all eras suggests that fraternisation, all the way to intimacy - both consensual and otherwise - is very normal.

Whilst the moral issues in the film are certainly very complex, even if initially they appear to be handled rather too simplistically, there are technical aspects that military buffs such as us model-makers and wargamers are bound to love. Shot largely in England, they used Bovington's Tiger 131 for the deadly encounter with that famed German tank. How many films are spoiled because of inaccurate matériel? It's clear that Ayers and co really wanted authenticity, probably in all aspects, but certainly in terms of gear. And that really helps the movie.

Whilst Ayers tried to avoid CGI, he did use it for tracer round effects 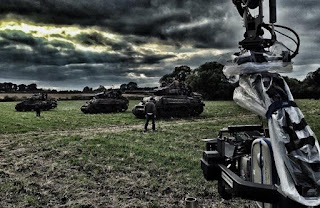 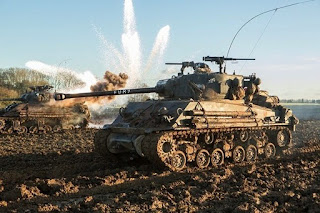 The final shoot-out with 'Jerry' is brought about when Fury rolls over a mine and loses wheels/track. Their platoon, reduced to just one vehicle from four, after the encounter with the Tiger, is supposed to hold a cross-roads/sector. Given the suicidal circumstances, the seasoned crew want to get out. Jaded old 'Wardaddy' - with shades of a deathwish - wants to stay. Young 'Machine' decides to remain with him, after which the old crew are shamed into staying also.

The claustrophobia of conditions within the tank is superbly conveyed 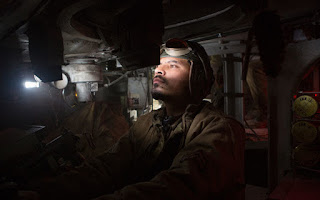 'Gordo' drives whilst viewing the outside world through a tiny periscope vision slot.

The commander in his turret; looks quite roomy compared to the other crew areas.

Whilst this segment of the film is, well, speaking candidly, fun, from a shoot 'em up point of view, it's both rather silly, and - partially in consequence of the former fact - morally troubling. It really reminds me of the old Westerns, with the cowboys wasting hordes of faceless Indians. And the double standard in terms of the value of life, between 'goodies' and 'baddies', is only enhanced by the alternation between the constant noise and combat as Germans are massacred, and the moments of solemn silence whenever one of 'our boys' cops it. Whilst this is undoubtedly televisually very powerful, it's also a dramatic conceit that's both morally dubious, and highly unrealistic. 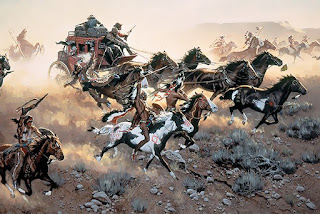 The ending owes much to this sort of thing.

And don't just take my word for this: Bill Betts, a British Sherman tank veteran, admires certain scenes in Fury, such as the Tiger pasting the Shermans [3]. But here's what he said about the end: 'I thought the film showed accurately how tough life could be in a tank, but the final scene where the crew hold out against a battalion of Waffen SS troops was too far fetched. The Germans seemed to be used as canon fodder. In reality they would have been battle-hardened and fanatical troops who would have easily taken out an immobile Sherman tank using Panzerfausts.'

The German cannon fodder, arriving at the crossroads.

This film does have its faults. But, where I would've given it three out of five stars/balkenkreuz after my first viewing, and four after viewings two/three, now, on the fourth time around, I have to confess I love it. And so, to reflect that, whilst my heart wants to give it five, I'll settle for four and a half: I do love it, but it's certainly not perfect. Indeed, it's fairly flawed, in some respects. But I love it nonetheless! 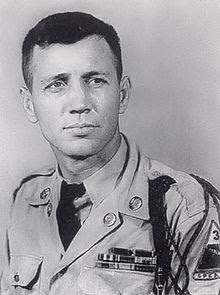 [1] Having said this, I learned, during my online research for this review, that the nickname 'Wardaddy' was in fact the real nickname of a U.S. tank commander. And the 'real' Wardaddy, one  Lafayette G. Pool, was indeed a Texan (he even allegedly wore cowboy boots in preference to army issue boots!).

[2] Here's a short movie about Tiger 131's involvement in the filming of Fury.

[3] Betts also recalled, in relation to the scene showing the execution of a german POW, disarming a 55 year old member of the Volksturm, only to learn later that he was shot. Read the full article here.
Posted by Seb Palmer at 16:23