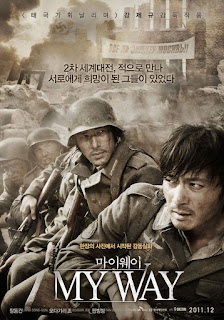 I learned of the existence of this film when I was writing a post for this blog about foreign troops in German service during WWII. In researching that post I became aware of Yang Kyoungjong, a Korean conscripted into Japanese service, who subsequently also fought for both the Russian and German forces. 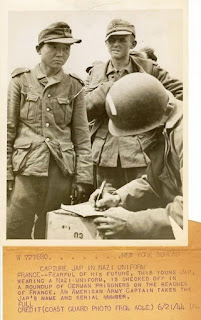 This is one of many films that start by telling you that what you're about to see depicted is based on real events. Those words 'based on' can, of course, be very elastic! Apparently a South Korean documentary on Kyoungjong has concluded that evidence for his existence was 'inconclusive'. 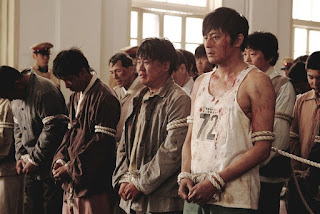 In this story actor Jang Dong-gun plays Kim Jun-shik, a rickshaw driver turned Olympic level runner, and a whole other narrative thread about sporting rivalries - with Joe Odagiri as wealthy and privileged Japanese runner Tatsuo Hasegawa - and colonialism, as they existed between Japan and Korea, is brought into play.

How far any of this extra stuff relates to reality I really have no idea at all! But it does give the film a lot of zesty narrative 'juice'.

I don't want to give too much away, so I'll skip all the sports-related pre-amble that forms the back story to the war sections. For us military buffs, the action proper starts with the Japanese battling the Russians in northern China, at Nomonhan (also mown as Khalkhin Gol). The action is full on, relentless, and of extremely high quality, in terms of the CGI looking, at times, almost hyper realistic.

The action at Nomonhan is impressive.

How realistic it all is in terms of real conflict... well, I suspect it isn't all that. But as far as on-screen action of the war-as-entertainment variety goes, it's superb, and pretty convincing, in a gung-ho over the top kind of way 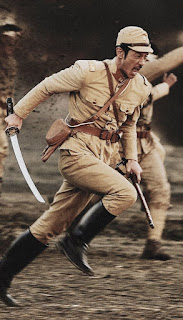 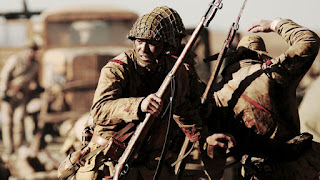 Under fire from a Chinese sniper.

There's a whole heap more drama here, that I'll gloss over, and very involving it is to. But leaving that for your own discovery, suffice it to move to the point where Tatsuo and Jun-Shik are made prisoners by the Soviets, winding up in Kungursk POW camp [2], where life is grim and death common. 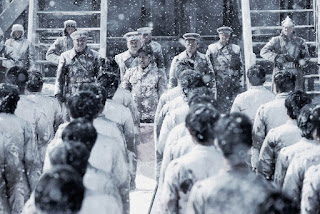 Captured by the Soviets. 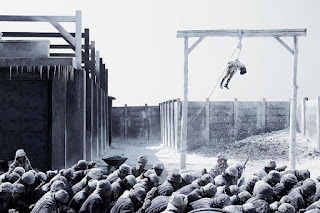 One of the saddest threads of the film, and a nod to the grimmer realities of war, is the evolution of the sweetly comical Jong-dae, from a fun loving romantic to a coldly brutalised killer, whose only desire is, at least initially, to survive. 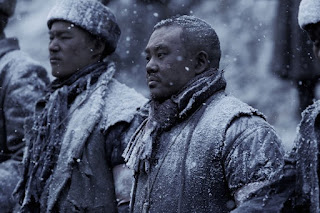 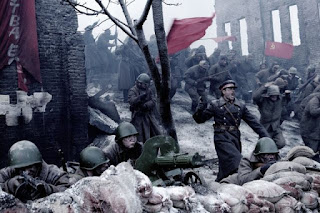 The only way out of Kungursk appears to be death: either at the camp, or the (Eastern) front. 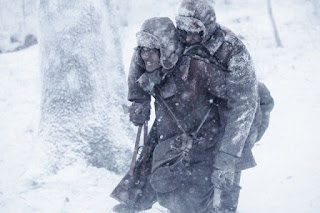 Former rivals are finally united, in survival and escape


Despite freezing winter weather, wounds, and murderous Commies and Nazis everywhere, Jun-shik and Tatsuo survive, just. And that's how they finally end up in German uniforms! And so attired we find them, separated and then reunited, on the Normandy beaches. 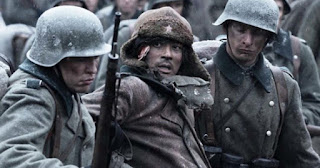 Capture by the Whermacht is a blissful respite from the hell of Soviet imprisonment and service. [3] 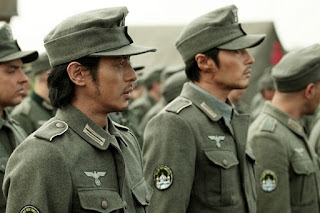 Sundered at the point of capture, the two former rivals are reunited in Normandy. [4]

The ending is nothing like the ending that resulted in the famous photograph of Kyoungjong which first alerted me to all this. But I won't spoil it. It is very moving. And I would have to say that, for all its cheesy filmic pretensions, this is an exciting, gripping and thoroughly enjoyable film. Excellent! 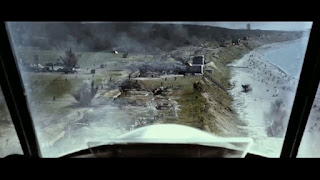 An Allied fighter strafes the beaches, as the Allied troops land, and all hell breaks loose.

[1] It's interesting to note, in this alternative version of the pic I originally found used on Wikipedia (which you can see at the linked post), the description - by an American (poss even a captor?) of Kyoungjong as a 'Jap'!

[2] I think this might be a fictional camp. I can't find anything about it online, except in references to My Way itself. There is a Kungursk district, in Perm Krai...

[3] At least as depicted in this film.