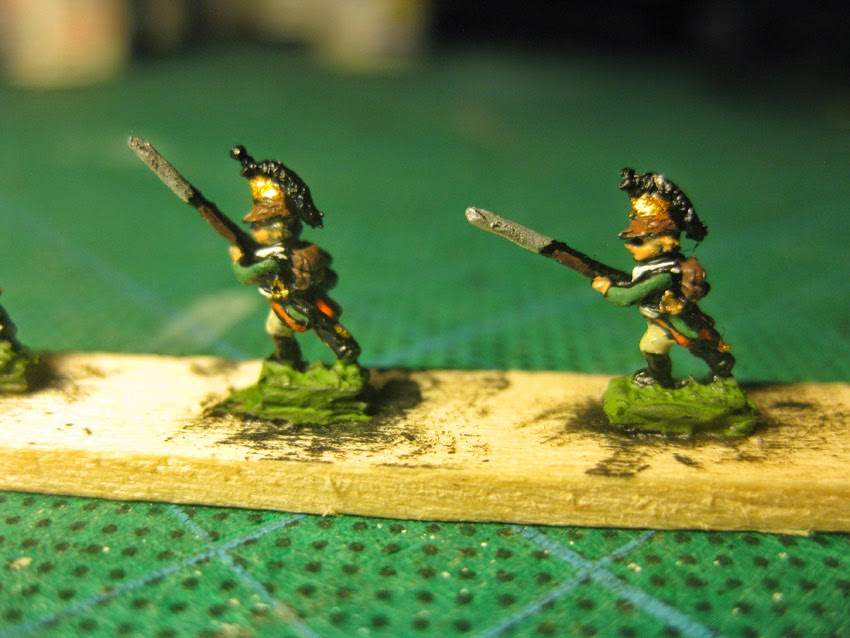 The last show we attended was Sheffield Triples, and I bought some Adler French foot dragoons. These were painted around mid-June. And, like all my Napoleonics at present, remain un-based. As can be seen from the tinlets in the background, I'm painting these using Humbrol enamels. Some of these tinlets date back to my childhood wargaming and modelling days, over two decades ago! 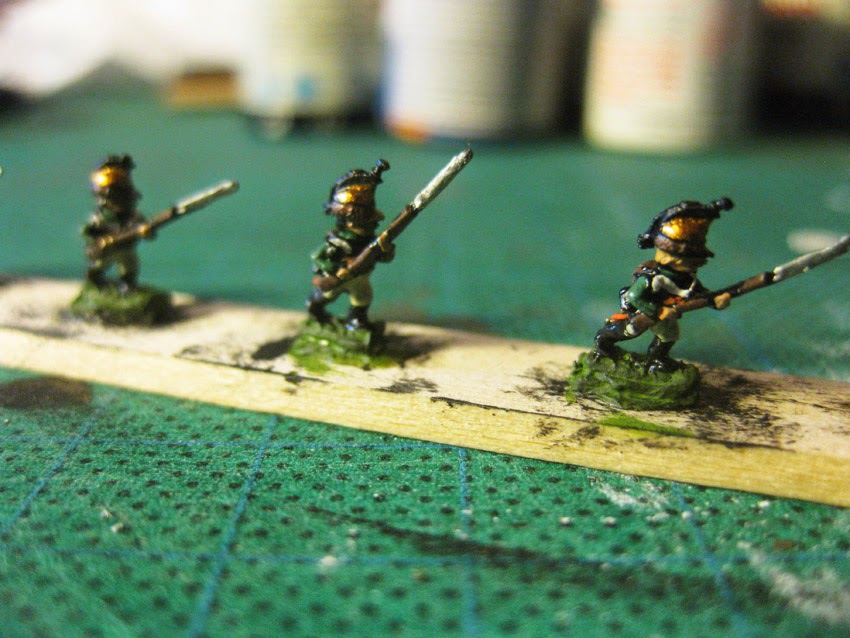 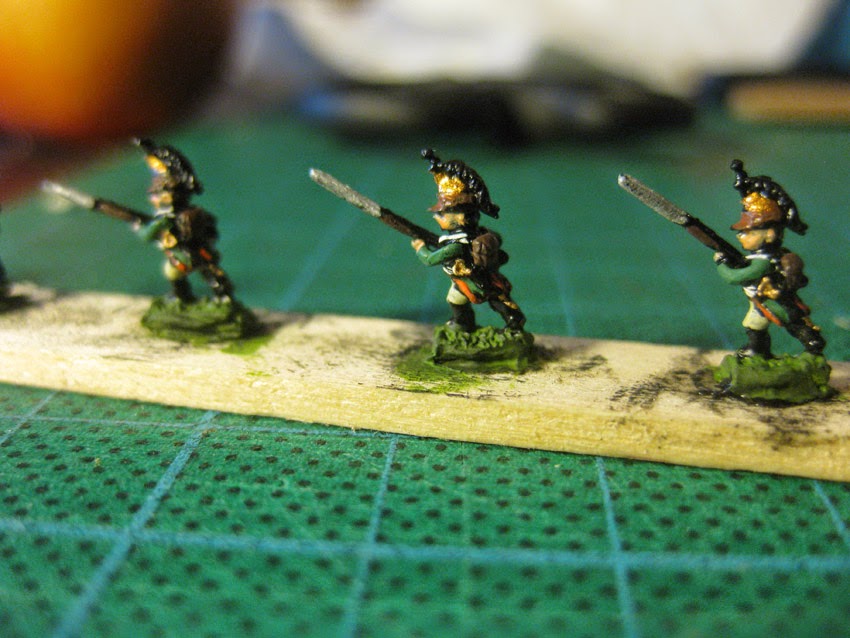 I ought to check this, but time is too tight: I believe I painted these guys up as the 11th Regt of Dragoons, with orange facings. 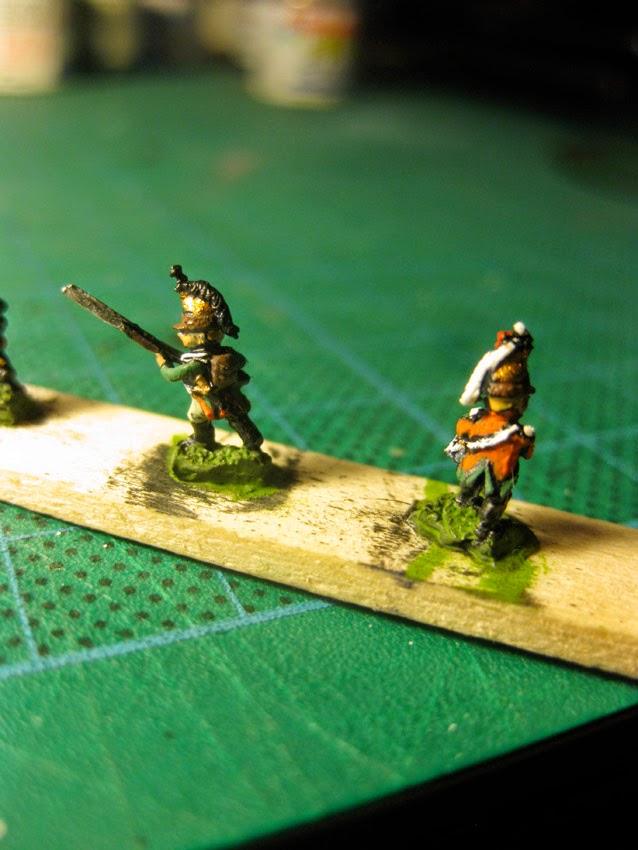 The 11th served in Russia, and, according to the Bukhari/McBride book on Napoleon's Cavalry, were at Smolensk, which I'm doing in 6mm.

In my researches I discovered that French Dragoons apparently hated being put onto a foot infantry footing, if you'll pardon my tautological sounding phrase. But I figured that I could use a bit of license: after all, this was Russia, 1812, when the loss of horses was catastrophic. To be honest they're really there as a bit of eye-candy for the overall collection. But I think they might put in some light duties at some point. I'll probably base them in a kind of light infantry skirmish order type way.