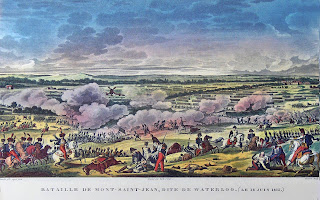 One might be forgiven for wondering why, instead of two fairly slim volumes, at £20 each, these two books weren't instead published as a single fatter book, at say £25-30. But setting aside that brief attack of penny-pinching cynicism, the actual content of these two books, both reviewed here, is superb. 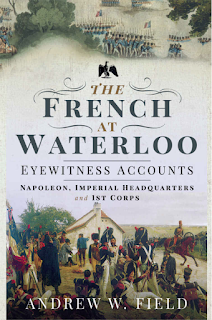 "I cannot get over our defeat. We were manoeuvred like so many pumpkins." Col. Marbot.

After an opening chapter on the usage/reliability of eyewitness accounts, volume one begins with three descriptions from Napoleon: the official post battle report, as dictated to Fleury de Chabalon, which appeared soon after the battle in le Moniteur, then Gorgaud's and Bertrand's accounts. All three are widely accepted as being Napoleon's own versions of events, and each one is a successively larger and more detailed reiteration of the same basic themes.

The accounts that follow, from Napleon's Household and then the Imperial HQ, unsurprisingly perhaps, largely follow their leaders' version of events. Except that is where his subordinates have incurred his blame, and then they might seek to excuse of justify themselves. All of this makes the first half or two thirds of this first volume somewhat repetitive, especially as the numerous accounts frequently recapitulate the same lists of unit dispositions and the major sequences of events. 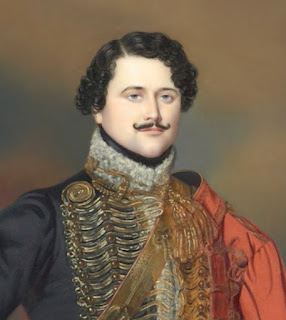 Where volume one really comes to life, for me at any rate - and what makes it five bicornes, not four, or four and a half - is in the Ist Corps accounts. Especially so in those from the middling and lower ranks, whose colourful and lively narratives generally focus more closely on events the individuals concerned actually witnessed or took part in. The 'big hats', with eyes on posterity (and higher social standing to fall from) tend to give overviews coloured by hindsight, later/wider reading, and post-war politicking.

Napoleon's own influence on the French readings of events, unsurprisingly, casts a long shadow. And yet despite this, the natural 'fog of war', and the blame games - around Ney and Grouchy in particular, but also bearing on the actions of others, like d'Erlon, Marcognet, etc. - reveal how widely the same events can be perceived or understood, not just by the antagonist nations, but within the same nation's own armies.

An excellent and fascinating collection. Essential reading for the Napoleonic/Waterloo enthusiast. 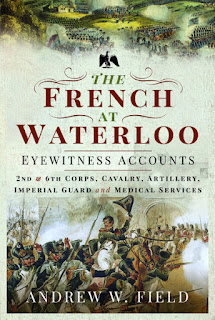 The same standard of excellence is observed here as elsewhere in Field's terrific work on the whole French experience of the Waterloo campaign.

A brief introduction recapitulates things he said in volume one, in particular addressing the reliability of the types of material that make up these fascinating books. He then moves through the various military bodies already listed above, citing numerous extracts from the memoirs of participants, mostly from the upper echelons - i.e. officers - with, as per volume one, brief biographical notes about the person concerned followed by their recollections of these momentous events and their parts in them.

First of all it's terrific that we are gradually getting access to more of this French material, after two centuries in which the English tradition of Waterloo historiography has been pretty one sided. There is something of an irony in this respect, re the fate of Capt. Siborne and his researches, which occurred so soon after the battle, and which sought to include accounts from all sides. There are several interesting books on Siborne, his dioramas, and the research he undertook in order to build them, as well as Siborne's own writings (which I have, but as yet haven't read; they're reputedly rather tough going!). [1] 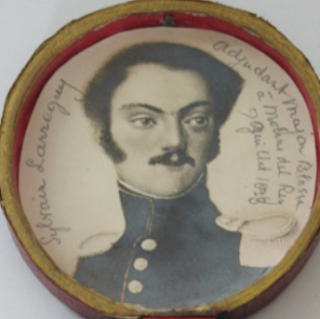 But returning to the accounts in hand themselves, they are great, adding a lot of colour and interest to this much written about (most written about?) of epoch-ending/making battles. I won't go into great detail about any specific accounts contained herein. But it is interesting to note how they differ from traditional Anglo-centric accounts, on things ranging from relatively minor actions that don't appear in English histories, to more controversial claims, such as the frequently repeated claim that the French took and even held Hougoumont for a while at some point.

But in the end, whatever the veracity of some of these interesting claims/differences, it all adds up to more interesting and useful reference on this most compelling of battles. I'd even go so far as to say that Field's entire oeuvre on this subject is all essential to the genuine Napoleonic/Waterloo buff. In a word, brilliant. 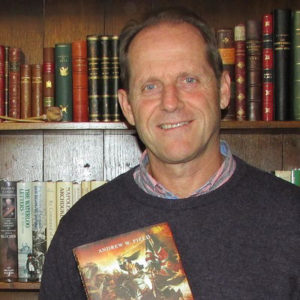 The author (found this pic in an online Wilts news article!).

[1] In both volumes Siborne is, if my memory serves, only mentioned the once: on p. 106 of vol II Field laments how the French Guard officers, unlike Siborne's English correspondents, only told of their own local experiences. I think the mention he gets in volume I is on a similar theme, re sources and their limitations, but I can't pinpoint it (no indexes!?).