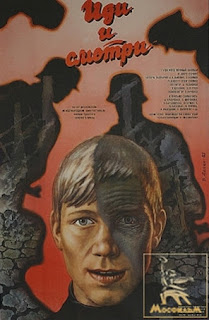 Phew... What a film! Not for the faint-hearted. To say I really enjoyed this film doesn't feel quite right. The story it depicts is, for the most part, appallingly awful. 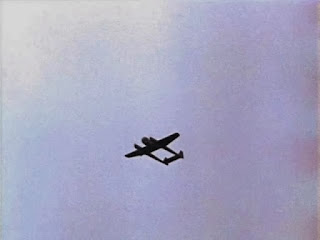 And yet I did enjoy Come And See, as well as finding it a whole range of things: sometimes beautiful (the Ukrainian landscapes are often almost magically so), sometimes funny, sometimes disturbing, traumatic even. There are moments of innocence, and even romance. Occasionally it even veers quite sharply towards the surreal. But the main theme is the all too real barbarism of war. 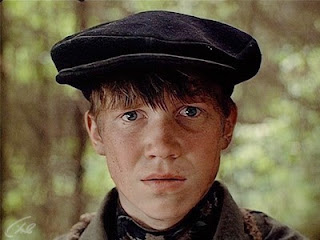 Aleksei Kravchenko, the boy in the central role, was just 14, and not a professional actor, when the film was made. He turns in a stupendous performance. He's a pretty funny looking kid, and does quite a lot of gurning. But with more than adequate reason! Sometimes (admittedly not always) I like a film that really hits me hard, and really stays with me. Come And See did both. It's definitely got an axe to grind, and a very bloody one at that. But it never feels heavy-handed. 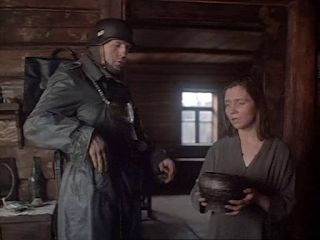 The sense of foreboding kicks in pretty early.

All things considered, and despite the surreal moments, it feels very real. Horribly and unflinchingly real. I'm someone who - it's hard to know how to put it - kind of loves war, inasmuch as I agree with Thomas Hardy that it makes for 'rattling good' reading/watching, whilst peace-time history could be considered, perhaps, as rather dull in comparison. This film, however, serves as a tonic reminder of how ugly, twisted and senseless human conflict can be.

The main part of the film, telling the boy's story, is fantastic in itself. But the way the film ends adds an incredible coda, which I won't give away. My response to it all is as much visceral and emotional as considered or thoughtful; I just think it's brilliant. Both very beautiful and very ugly. And very brilliant. Both a real work of art, and also a message film of unrivalled power. 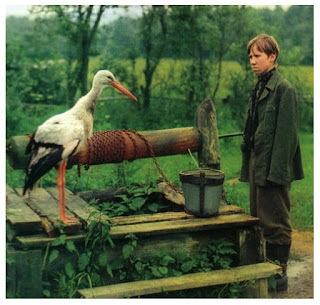 The role of nature, from the landscape to animals, is intriguing... 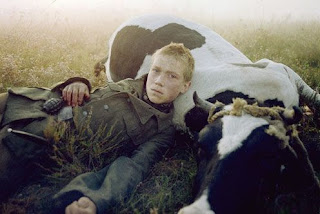 A moment of respite in a bucolic country idyll? 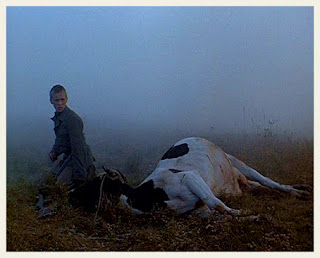 The film took a while to reach the Russian public: started in 1977, it only came out in 1986, having faced quite a lot of opposition from the political censorship side of the state managed Soviet film industry, as embodied in the The State Committee for Cinematography (Goskino). But when it finally came out, it really did reach its public, 28 million tickets being sold in Russia alone. 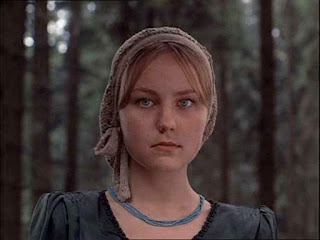 Florya meets Glasha when he joins the partisan band. 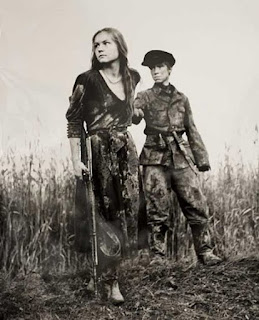 And together they have fun adventures... 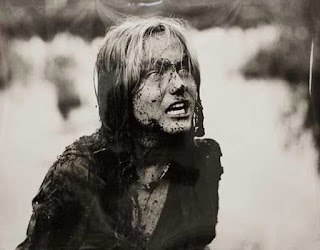 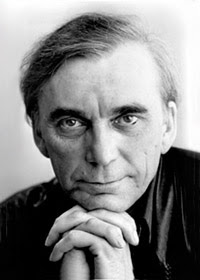 Director Elem Klimov himself has said: 'I understood that this would be a very brutal film and that it was unlikely that people would be able to watch it. I told this to my screenplay coauthor, the writer Ales Adamovich. But he replied: "Let them not watch it, then. This is something we must leave after us. As evidence of war, and as a plea for peace."'

Come And See is a slow-burner, initially, and is comfortable taking its time whenever necessary. Yet it's somehow nearly always quite intense. The film opens with scenes that almost feel simply like kids at play. Then Florya goes home, to his mother, and their rustic peasant hut. She berates him for his desire to join the partisans, who duly arrive to take him away. 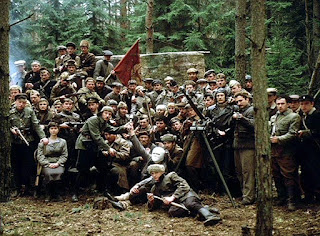 Florya's goal is to join the Partisans, who are hiding in the forests.

These partisans, along with an attendant commissar type, themselves carry an air of menace, one of them being dressed like a German motorcycle policeman (see the pic higher up the post). On his arrival in the forest camp, Florya is overwhelmed by the whole ensemble, but finds some solace with Glasha, a beautiful girl, who teases him.

Things start to get pretty grim pretty soon: Glasha and Florya become separated from the other partisans, during an air attack on the forest camp. Florya's hearing is damaged by the bombing, and this is superbly conveyed by the film's soundtrack, which makes for a disturbing disorienting experience. 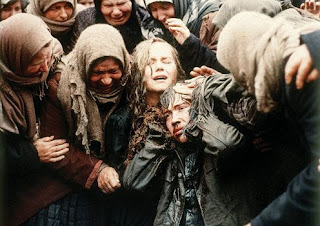 Not the homecoming Florya had hoped for.

After a series of misadventures, including a trip home that sets the tone for the rest of the film, Florya winds up hooking up with another small group of partisans, and they set off to hook up with the main group. But things don't go well.

This section of the film - well, it's all amazing - is very powerful, in an understated way. It really accentuates how disembodied things can get, with the fog of war quite literally descending. And it all leads up to a yet more devastating scenario, the brutal climax of the film, when Florya thinks he might just have found safe refuge in the village of Perekhody. 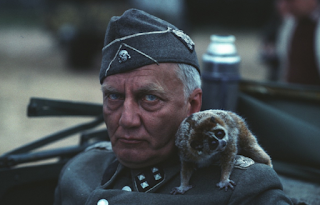 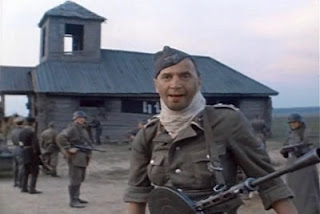 The motley crew of Germans, and their Russian/Ukrainian militia henchmen, are modelled on the Dirlewanger Brigade, a notorious SS unit, lead by a criminal sadist, and comprising many of the worst in the German army, it being a unit that convicts served in, and sometimes serving as a punishment assignment for disgraced officers and men. 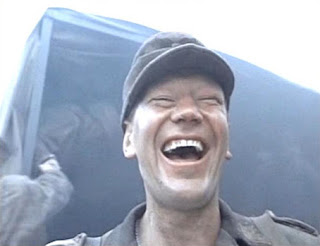 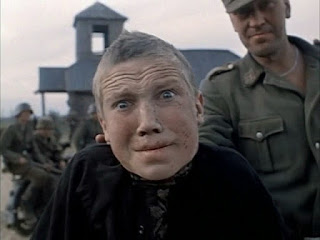 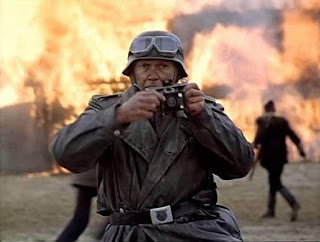 At the heart of the film is a long and unflinching scene that kind of makes one think of a Breughel meets Bosch (how apt!) vision of hell. The proto-medieval carnival of destruction that is perpetrated on the Byelorussion village - and this film is a sort of testimony to the destruction of many hundreds of such villages - is what Alan Clark is referring to when he says, in Barbarossa, that this was the theatre 'where the septic violence of Nazism festered openly', in 'scenes of not so much medieval as of pre-Roman barbarism' 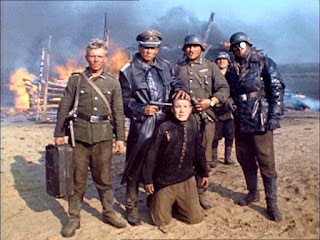 Smile for the camera... 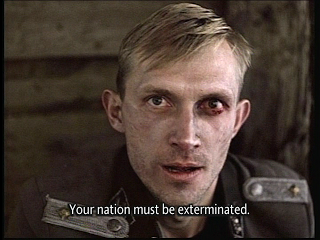 At least this Nazi is honest about his ideological intent.

Apparently the filming of Come And See was genuinely harrowing for Kravchenko: he lost weight, and when he went back to school, some of his hair had turned grey! I mention his gurning, above, and just below is a signature example of how his face conveys a debased brutalised mix of fear and suffering. 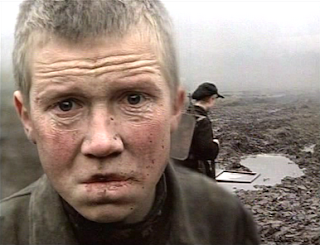 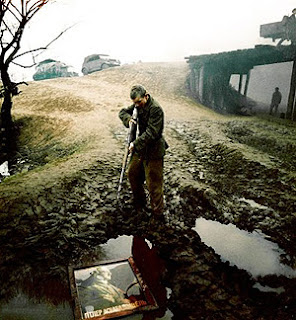 Not a particularly pleasant film, by and large, then. But, in my view, a rare and powerful masterpiece of cinematic art. And, like the greatest art of any era, capable of powerfully affecting the viewer, and, perhaps, possibly even changing them.
Posted by Seb Palmer at 03:43