This 1/100th half-track , a slight scale deviation from my WWII deviation, was a little Christmas day stocking filler, and I built it on Xmas day. 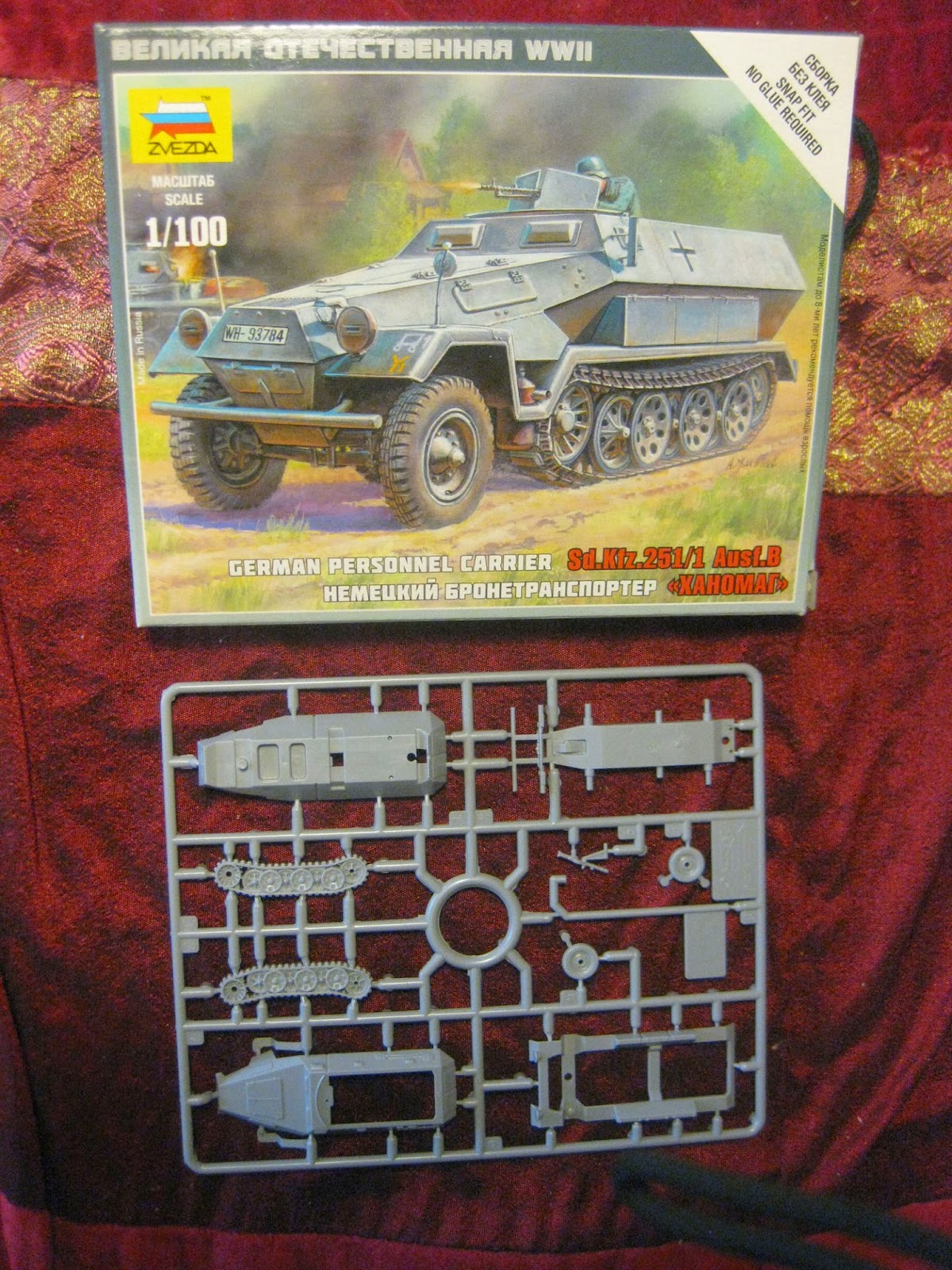 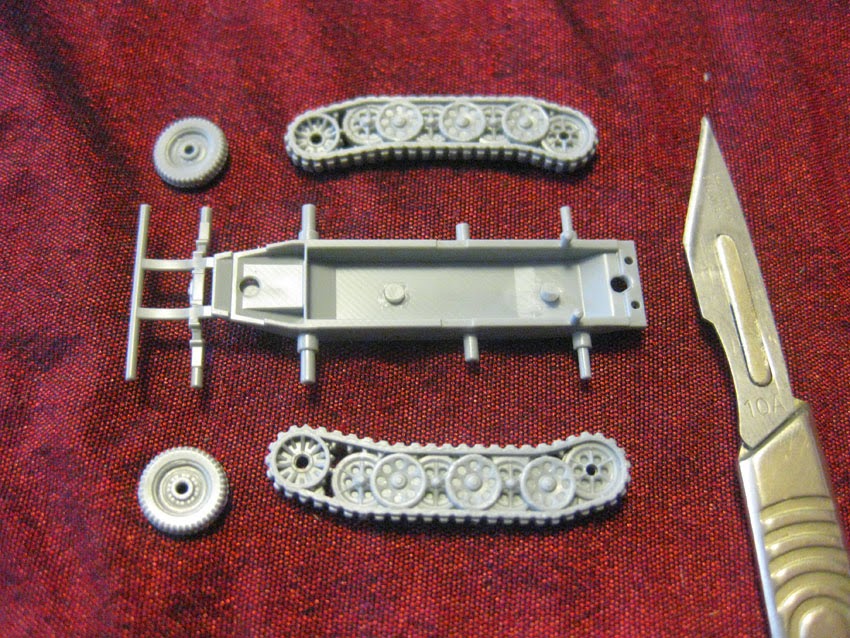 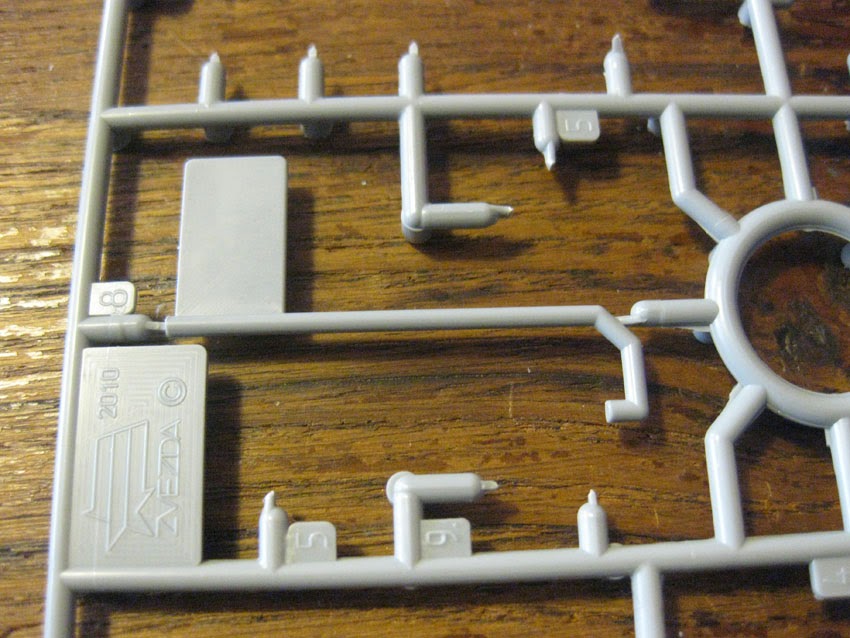 Any ideas what this piece is? It looks designed to be removed and used somehow, like some sort of flag or marker... but it isn't part of the kit-build, and there's no ref to it on the box! 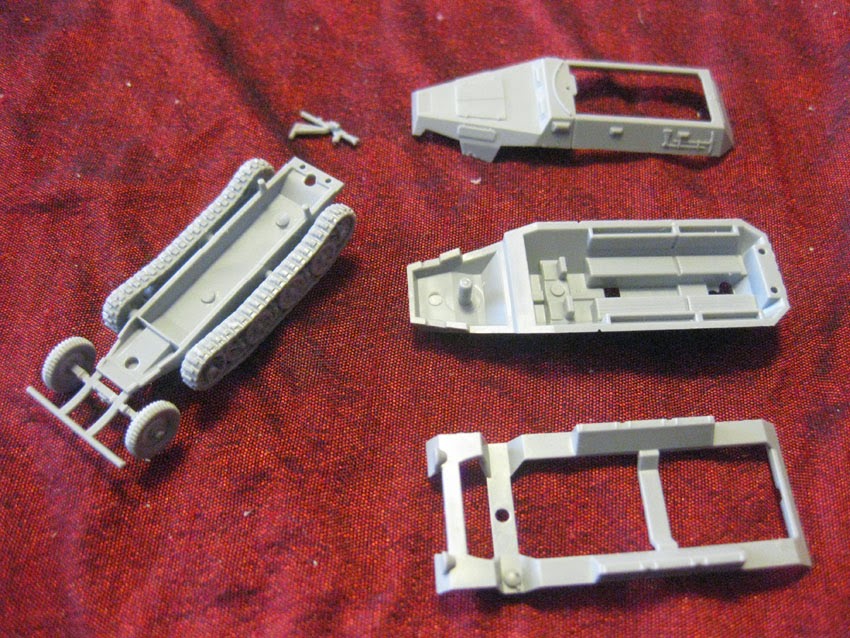 Ready to complete the kit. 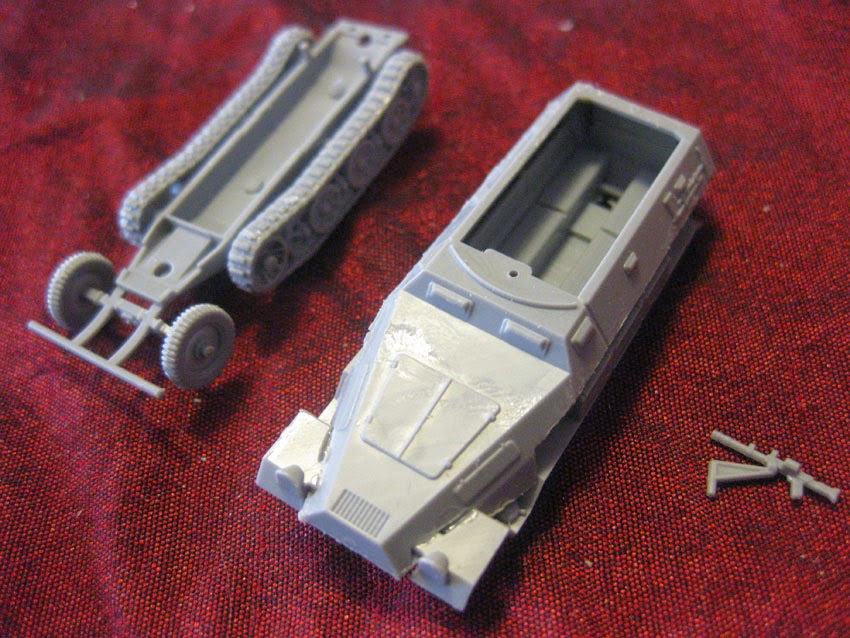 Only the machine-gun now... 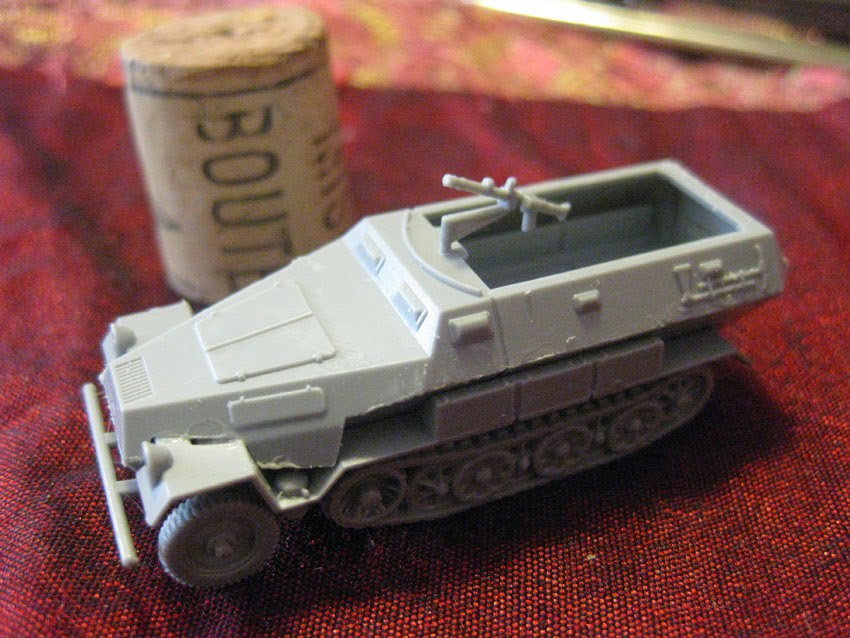 This was a brief but fun diversion! I'm impressed by the clever design of Zvezda's 'snap-fit' stuff, having already built a 1/72 'snap-fit' Panther and a little gun with two crew. I do actually glue them tho', as if it's a normal styrene kit, as it happens. I made a bit o' a balls-up on this - the minimalist instructions are printed on the reverse of the box, and aren't the clearest as a result - as the lower two-thirds of the upper bodywork interlock, which I only realised after I'd glued the upper two-thirds together. Still, I was able to prise the parts asunder and re-glue them! 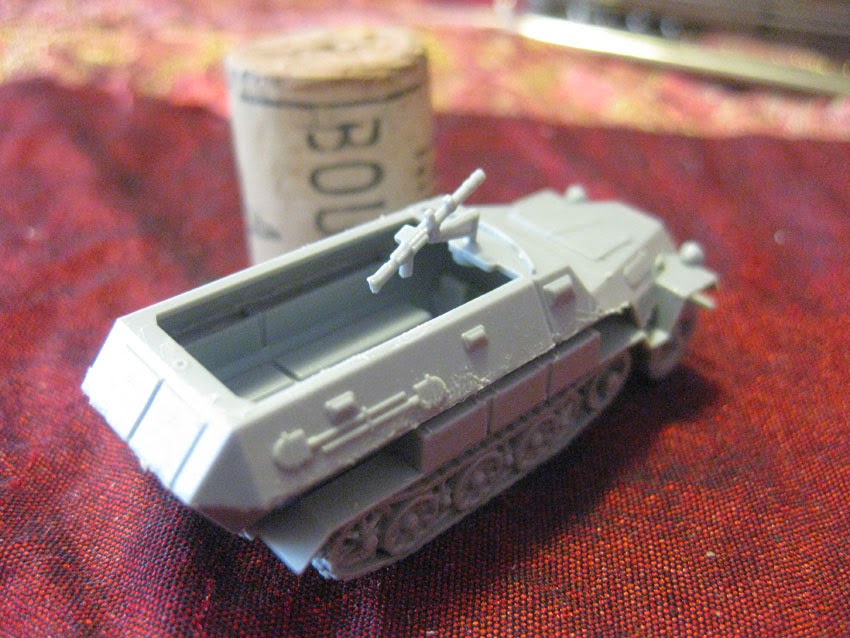 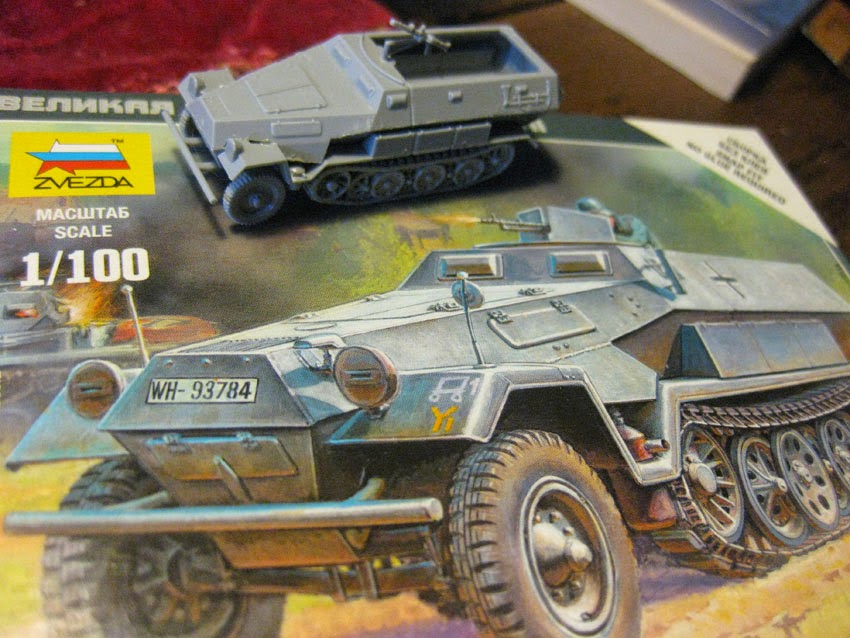 The small box looks enormous relative to the built model!

The box art is a little misleading on terms of the boxed contents, in that there's no figure, no shield for the MG, and no decals to allow the markings to be represented. But for a small, cheap and fun kit, it's pretty good. I enjoyed it so  much Im decide to build a 'proper' (?) 1/72 scale model as well! Teresa was busy watching Christmassy TV guff, so I decided I'd build one of my two Italeri Jagdpanther kits. Might post on that tomorrow, time allowing!?