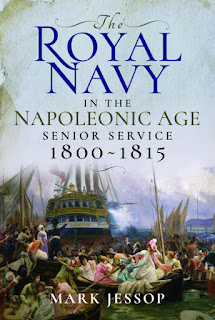 I think this is a really rather excellent if somewhat odd or unusual book. What's excellent is the density of information, and the vivid evocation of the era. It's how he achieves the latter that makes it odd and unusual.

Modern writing on such subjects tends to be either factual or fictional (at least in declared intent). A deliberate mixing of the two, as here, is a rare thing these days. At least in my reading experience. As such, it takes a bit of getting used to. What author Mark Jessop does is intersperse - usually at the start or finish of a chapter - fictionalised scenarios with the more traditional historical meat of the book.

Initially wary of such an approach, I both think and feel - and that's an important point, this rather unusual approach definitely appeals to the feelings as much as the intellect (quite a refreshing thing!) - that it's sufficiently well done to have won me over. It's definitely 'mannered', so to speak. But it's also highly effective at bringing the subject vividly to life.

Having read this I feel inclined to seek out other writings by the author. Naval doings are not my primary area of interest for this period. But well written books such as this are definitely helping me develop a nascent taste for the briny sagas of this colourful 'age of sail', when sea power was key to England punching well above her apparent weight.

Since initially posting this review I've learned that this is actually part two of, or a follow up to, another similar book by Jessop, entitled The Royal Navy 1793–1800, Birth of a Superpower, also by Pen & Sword, and written in the same style. My only real criticism of this second part is the lack of a glossary, which for a landlubber like me would've been helpful.

A fascinating subject, well served by an erudite and imaginative author. Great stuff!
Posted by Seb Palmer at 17:49